Abdrakhmanov told the group Central Asia has an opportunity to lead on nuclear non-proliferation.

He also said the meeting of the ministers was a practical implementation of the first protocol reached during a Central Asian heads of state meeting in Astana in March 2018.

Abdrakhmanov also supported Turkmenistan as chair of the International Fund for Saving the Aral Sea, the only institutional dialogue platform in Central Asia at the level of the heads of state.

The group also discussed transnational threats and praised participants’ efforts to help stabilise Afghanistan and cooperate with that nation. Abdrakhmanov said the Regional Conference Women’s Empowerment in Afghanistan in Astana in September will be important and offered to organise a high-level Organisation for Security and Cooperation in Europe meeting on Afghanistan in 2019. 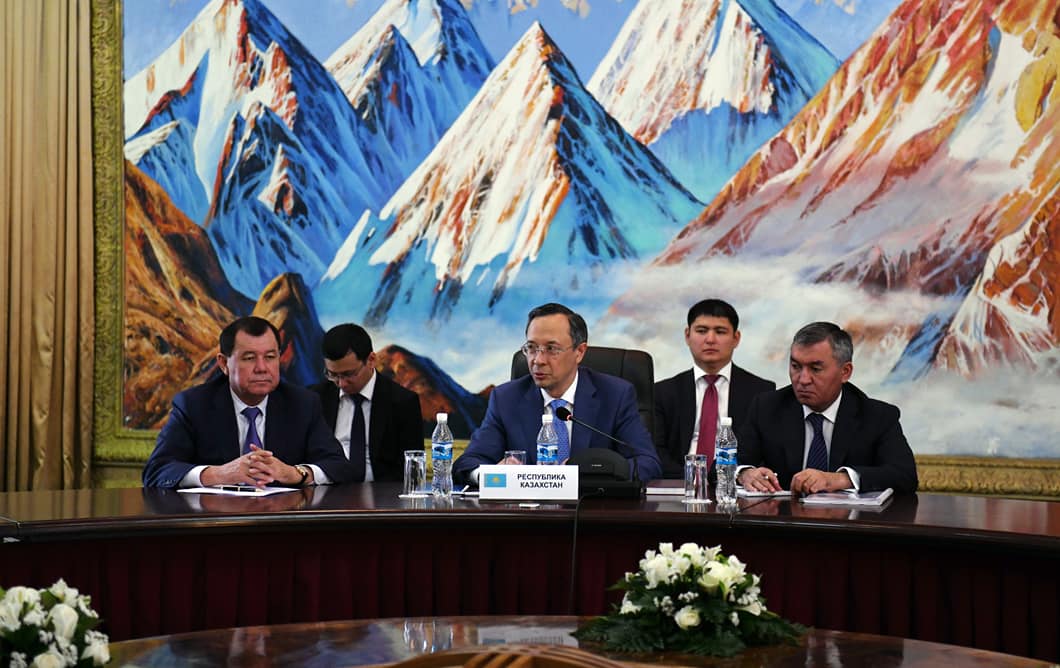 The ministers praised on-going processes for international legal registration of state borders between Central Asian countries and the intensification of interregional and cross-border cooperation in the region.

They said the region needs to expand cooperation in combating international terrorism and extremism, illicit drug trafficking, transnational organised crime and other regional security issues, including within international and regional organisations.

The participants of the meeting also called for efforts to strengthen regional trade and economic ties.

They also noted that improving transit infrastructure will facilitate more freight traffic through the region.

The ministers also discussed the need to create long-term water resources cooperation that meets the needs of all the countries in the region.

They also affirmed their commitment to cooperation on education, culture, art, science, tourism and other spheres.

The ministers adopted a joint statement noting that they discussed regional cooperation, security issues, borders, transport and transit communications, use of water and energy resources, trade-economic and cultural-humanitarian cooperation, including interaction of Central Asian countries within international organisations.

They also stressed the importance of the upcoming regular consultation meeting of the heads of state of Central Asia in Tashkent in March 2019.