Establishment of the fund

History of the Creation and Formation of the IFAS

On June 23, 1990 in Almaty, the Appeal to the Peoples of Central Asia and the first Joint Statement of the leaders of Central Asian countries were announced, where it was noted: “An acute problem of the region is the ecological disaster of the Aral Sea area. In order to combine efforts to restore the ecological balance in the Aral Sea basin, we agreed to establish an inter-republican commission and set up a Fund for Assistance to the Aral Sea population…”. “We appeal to the President of the USSR M.S. Gorbachev, the Supreme Soviet of the USSR to declare the Aral Sea area a zone of national disaster and decide to develop and implement a state program to restore the ecological fund with the involvement of specialized UN agencies and other international organizations to solve this problem…”.

In 1992, President Nazarbayev appealed to the heads of Central Asian countries to join efforts to mitigate the negative impact of the drying up of the Aral Sea on the environment and population of the region. 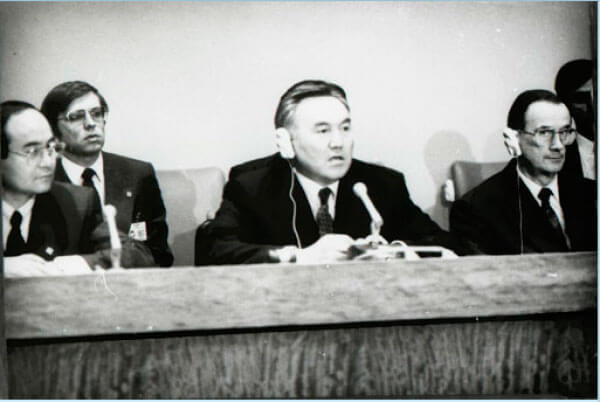 On March 26, 1993 on the meeting of the Heads of Central Asian states in Kyzylorda “The Agreement on joint actions on solving the problems of the Aral Sea and its adjacent areas, ecological recovery and ensuring social-economic development of the Aral Sea region” was adopted and Regulations of the International Fund for Saving the Aral Sea (IFAS) was signed, which was the date of IFAS establishment. N.A. Nazarbayev, the President of the Republic of Kazakhstan, was elected the President of IFAS. 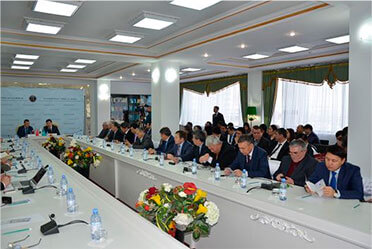 In the years of independent development of Central Asian countries Presidents N.A.Nazarbayev of Kazakhstan, A.A.Akaev of Kyrgyzstan, E.Rakhmon of Tajikistan, S.A.Niyazov of Turkmenistan, I.A.Karimov of Uzbekistan – have shown the greatest political will and state wisdom, which had resulted in recognition and readiness to solve issues of shared water resources use in Aral Sea basin taking into account interests of all states in the region. They raised interstate water relations to high international level, preserving long-standing traditions of friendship, mutual understanding, partnership, directing this high potential for prosperity of the region’s countries. 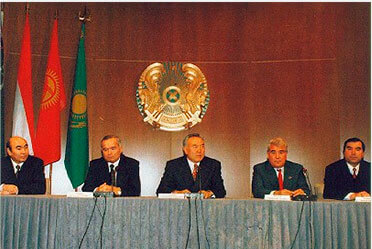 During this period, thanks to the consistent policy of the Central Asian leaders, IFAS and its organizations have become an indispensable political platform for the negotiation process between the countries, the development and adoption of bilateral and multilateral agreements for the integrated management, use and conservation of transboundary water resources. 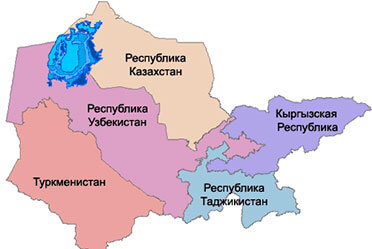