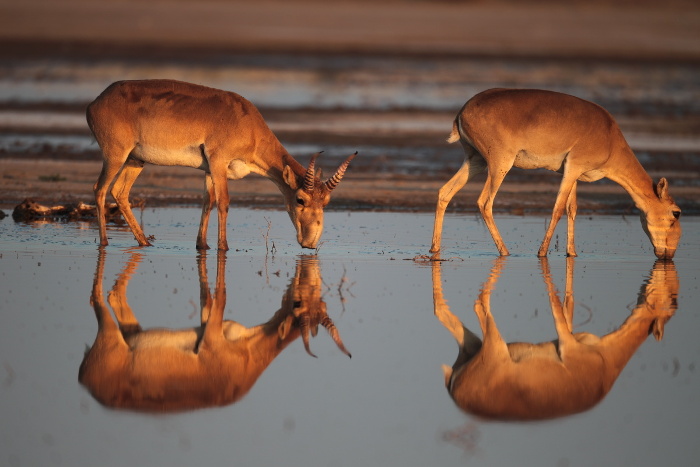 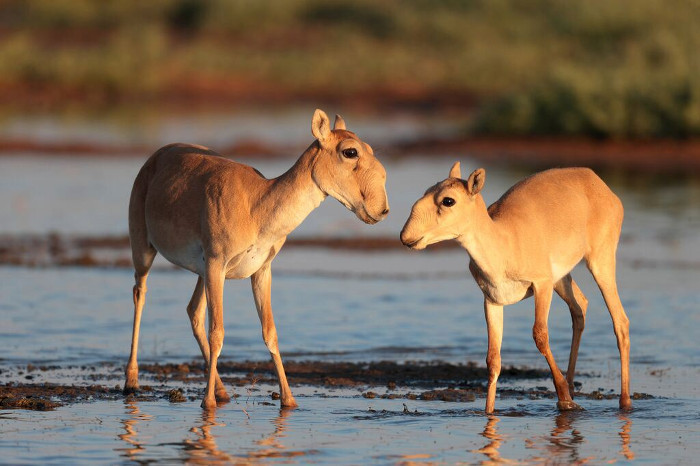 Project objectives: To preserve and restore populations of rare wild hoofed animals and those listed in the Red Data Book of Kazakhstan (saiga, gazelle, kulan, Przewalski horse) by breeding under semi-free conditions followed by reintroduction into the wild. 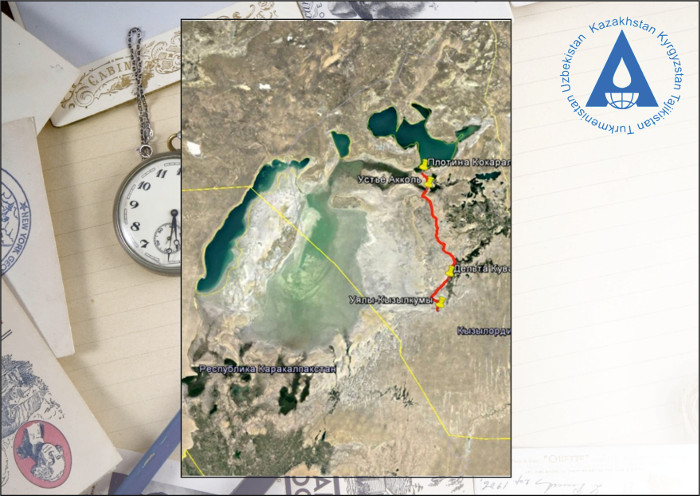 Preservation of the natural and resource potential of the zonal and delta ecosystems of the Kazakhstani Aral Sea region, improvement of living conditions of the local population by creating a green belt, introduction of phytomeliorative methods for reducing salt-dust removals from the dried bottom of the Aral Sea

Landscape and ecological zoning of the eastern part of the dried bottom of the Aral Sea as a potential source of wind salt and dust transfer;

Designing and construction of a collector-drainage network for oasis irrigation of the “green belt”;

Conducting multi-stage and multi-tier phytomeliorative works along the eastern coast of the Aral Sea with the introduction of local and introduced species of psammophyte flora;

Creation of “green belts” around settlements;

A cartographic model of existing and potential sources of salt-dust removals will be created;

Improvement of the collector-drainage network of the Left-bank of Kazalinsk irrigation array;

Carrying out, if necessary, mechanical protection (reed mats, rubble) of the most deflation-hazardous areas;

Saxaul plantations have been created and the rules for their exploitation have been developed;

Workplaces for the population of the region have been created and experience in phytomelioration and rational use of the region’s biological diversity has been transferred.

Representatives of Central Asian countries discussed issues of transboundary water cooperation within the framework of the 8th World Water Forum in Brasil.

On March 21, 2018, on the margins of the 8th World Water Forum, a side event entitled “Transboundary water cooperation for food, energy and environmental security in Central Asia” was organized by the Regional Environmental Center for Central Asia (CAREC) in cooperation with the International Fund for saving the Aral Sea (IFAS), the Scientific Information Center of the Interstate Coordination Water Commission of Central Asia (SIC ICWC) and the Swiss Agency for Development and Cooperation (SDC). The speakers were Kazakhstan Ambassador to Brazil Kairat Sarzhanov, Minister of Energy and Water Resources of Tajikistan Usmonzoda Usmonali, Minister of Water Resources of Uzbekistan Shavkat Khamrayev, Head of the Swiss Agency for Development and Cooperation Pio Vennubst, Chairman of the Executive Committee of IFAS Guizgeldy Baydzhanov, Head of the Department of the Ministry of Agriculture and water economy of Turkmenistan Begench Mommadov. Also, the session was attended by Director of the Department of Water Management and Reclamation of the Ministry of Agriculture, Food Industry and Melioration of Kyrgyzstan Kokumbek Tashtanaliev, Director of the Executive Board of IFAS in Kazakhstan Bolat Bekniyaz, Director of the International Center for Water Assessment in Kazakhstan Serik Akhmetov, representatives of SIC ICWC, CAREC and others. 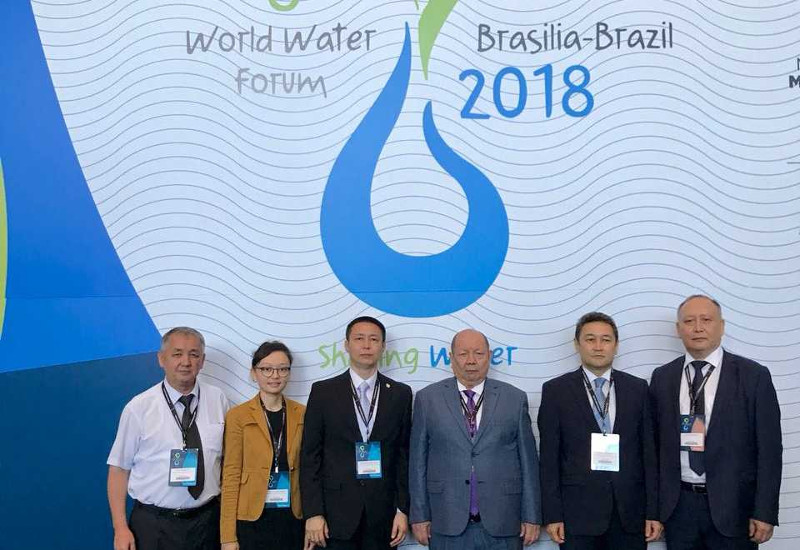 The participants of the event stressed the importance of adopting joint constructive approaches in the management of water resources and solving environmental problems related to water. Representatives of the Central Asian states focused on the need to exchange experience and learn about best practices in the field of joint use of water resources, attract investment, develop ecosystems, introduce new approaches to intersectoral coordination, improve the efficiency of water use in various sectors of the economy, expand the scientific and analytical base on water resources management, improvement of legal and institutional mechanisms. Particular emphasis in the discussion was made on the activation of joint efforts to solve the general planetary problem of drying up of the Aral Sea. In this context, Ambassador Kairat Sarzhanov noted the importance of attracting financial assistance from international donors from among developed countries, financial institutions and international organizations, as well as developing concrete measures and initiatives to prevent further deterioration of the ecological situation in the Aral Sea area. Stressing the importance of establishing a mechanism regulating the use of limited water resources, taking into account the interests of all countries in the region, the Kazakh diplomat urged all stakeholders to use the platform of the Eighth Session of the Meeting of the Parties to the Convention on the Protection and Use of Transboundary Watercourses and International Lakes of the United Nations, to be held in Astana in October this year, to achieve specific agreements in the field of sustainable water resources management in the region.

On 23rd of March of this year Bolat Bekniaz, Director of the Executive Board of the International Fund for Saving the Aral in the Republic of Kazakhstan (IFAS), and the UN Resident Coordinator and Director of the Global Sustainable Development Center Rio + Nicky Fabianchik signed a Memorandum of Cooperation, the key areas of which are water management, environmental protection, climate change and measures to adapt and mitigate climate change. 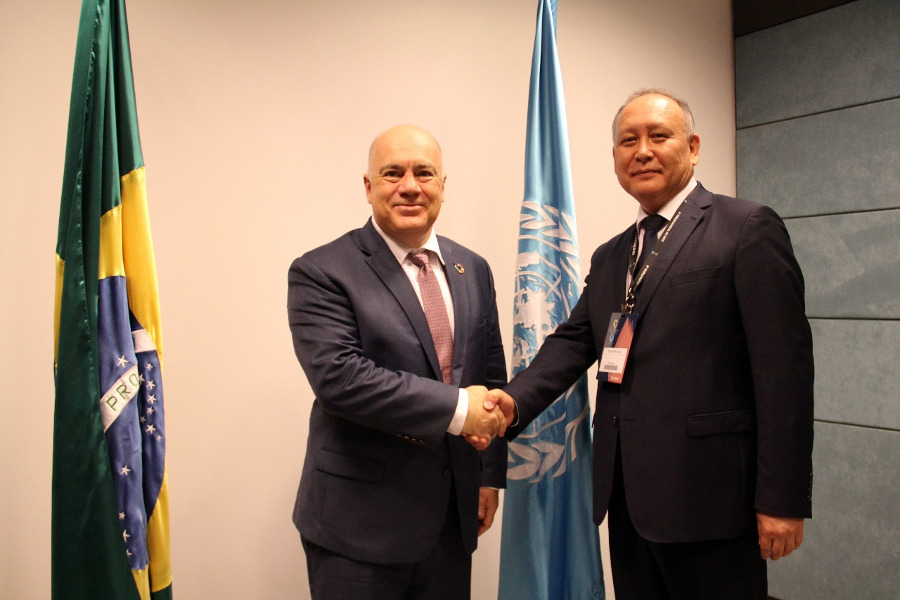 The heads of the IFAS and the Rio + Center discussed possible ways of cooperation in the implementation of joint projects aimed at solving the problems of the Aral Sea, restoring its water area, gardening the drained bottom and improving the welfare of the inhabitants of the Aral Sea. Bolat Bekniaz informed the interlocutor about the mission and main objectives of the IFAS in Kazakhstan, about projects implemented by the Fund jointly with the United Nations Development Program (UNDP), UNESCO, UNICEF, the World Bank, the European Commission, the Asian Development Bank in the framework of the integrated use of water resources and the environmental monitoring of the Ramsar wetlands, the Syrdarya delta and the small Aral Sea, the creation of biosphere reserves, the development of sustainable marketable fishing in the context of the introduction of green economy principles in the Aral Sea basin, and support for alternative activities. The parties stressed the importance of attracting financial assistance, innovations and the latest technologies for successful and effective implementation of projects in the field of sustainable development.

Niki Fabianchik invited Kazakhstani experts to the Global Forum on Innovation, New Technologies and Sustainable Development, which will be held in Rio de Janeiro this November, to enhance bilateral cooperation and agree on concrete proposals for the implementation of joint projects.

The signing ceremony was also attended by the Plenipotentiary Representatives of the Republic of Kazakhstan under the Executive Committee of the International Fund for Saving the Aral Sea (EC IFAS) Dauletiyar Bayalimov and Serik Bekmaganbetov, representative of the Rio + Center for relations and partnership Lauren Mueller Camarena and others.

The World Sustainable Development Center Rio + is one of the 6 global centers of best practice for UNDP (other centers are located in Nairobi, Seoul, Singapore, Istanbul and Oslo). The Center was established on June 24, 2013 in Rio de Janeiro as one of the key legacies of the UN Conference on Sustainable Development “Rio + 20”. The founding partners of the Center are the Federal Government of Brazil, UNDP, the International Policy Center for Inclusive Growth, the United Nations Human Settlements Program (UN-Habitat), the International Labor Organization, the Institute for Advanced Studies of the United Nations University, the World Business Council for Sustainable Development, the Brazilian Development Bank (BNDES ), etc. The Center is co-financed by UNDP and the Government of Brazil. The organization’s mission is to promote and ensure the inextricable link between social, economic and environmental development, which is the basis for sustainable development, through analysis, advocacy and wide-ranging dialogue. The Rio + Center regularly participates in all international events through UNDP, representing not only Brazil, but also the South American region. In July 2017, the Center, in cooperation with the UNDP office in Kazakhstan, held two screenings of the documentary film “Baixada Nunca Se Rende” (Baishada never gives up) in Astana, UNDP Country Office in Kazakhstan and the UN Pavilion at EXPO-2017.